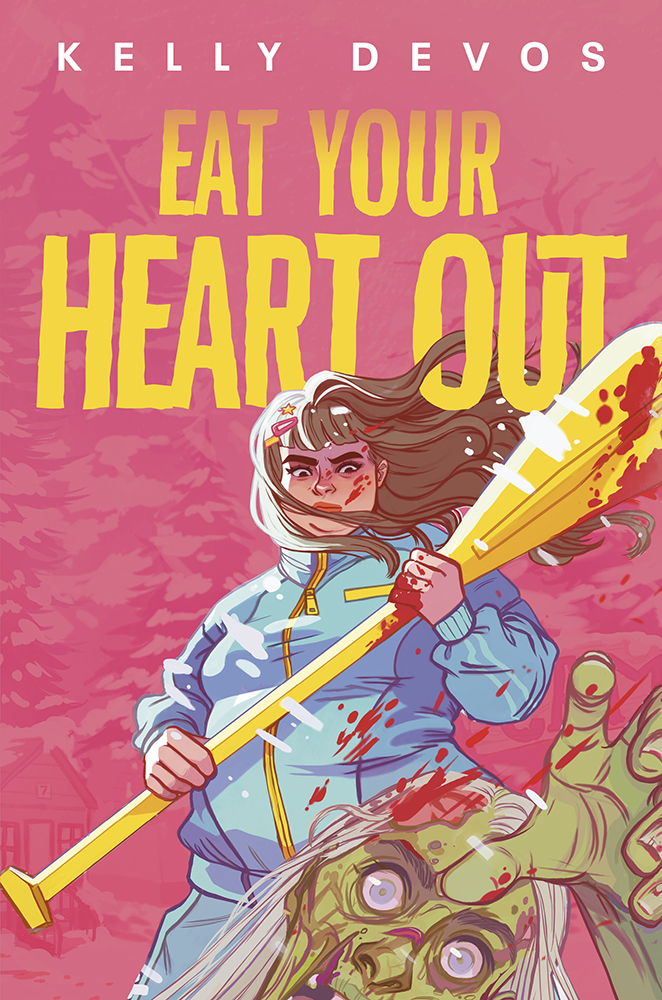 Shaun of the Dead meets Dumplin’ in this bitingly funny YA thriller about a kickass group of teens battling a ravenous group of zombies.

In the next few hours, one of three things will happen.

3–We’ll be eaten by thin and athletic zombies (odds: excellent)

Vivian Ellenshaw is fat, but she knows she doesn’t need to lose weight, so she’s none too happy to find herself forced into a weight-loss camp’s van with her ex-best friend, Allie, a meathead jock who can barely drive, and the camp owner’s snobby son. And when they arrive at Camp Featherlite at the start of the worst blizzard in the history of Flagstaff, Arizona, it’s clear that something isn’t right.

Vee barely has a chance to meet the other members of her pod, all who seem as unhappy to be at Featherlite as she does, when a camper goes missing down by the lake. Then she spots something horrifying outside in the snow. Something…that isn’t human. Plus, the camp’s supposed “miracle cure” for obesity just seems fishy, and Vee and her fellow campers know they don’t need to be cured. Of anything.

Even worse, it’s not long before Camp Featherlite’s luxurious bungalows are totally overrun with zombies. What starts out as a mission to unravel the camp’s secrets turns into a desperate fight for survival–and not all of the Featherlite campers will make it out alive.

A satirical blend of horror, body positivity, and humor, Kelly deVos’s witty, biting novel proves that everyone deserves to feel validated, and taking down the evil enterprise determined to dehumanize you is a good place to start.

This YA horror is pitched so perfectly. It really is like Shaun of the Dead meets Dumplin‘. This mashup has both the conversations surrounding fatphobia and diet culture alongside the unlikely group of individuals, each fitting a specific movie archetype, having to battle zombies.

How are fat camps still even a thing? Don’t they belong in a museum with inflatable dart boards, Flowbeers, and Thigh Masters?

I loved how the conversation around weight was done, I loved how much acceptance was in this story, and how despite being set at a fat-camp, and how this particular zombie apocalypse unfolds, it doesn’t feel like a story about being fat. Even though it is. Hard to explain!

Between the gorgeously colourful cover with a fat girl, unapologetically front and centre, and the satirical content that sadly doesn’t feel far off from how fatness is dealt with in our own world, this is a read that we all need. Sure, we’re sorta in out own apocalypse but this particular set-up is lightyears away from our own. I promise it won’t stress you out!

I’m not sure I would reread this, which is usually why I award four stars to books, but I just appreciate this so much. Was it perfect? No. While we get to know the characters enough to be invested, it is still a bit surface level, as we’re thrown pretty much right into disaster mode. Think of the way Cloverfield unfolds. We sorta get to know our protagonists as they navigate their new reality but it’s more about surviving than anything else. But this book did exactly what it set out to do and it still managed to have a few surprises along the way, too. Would recommend!