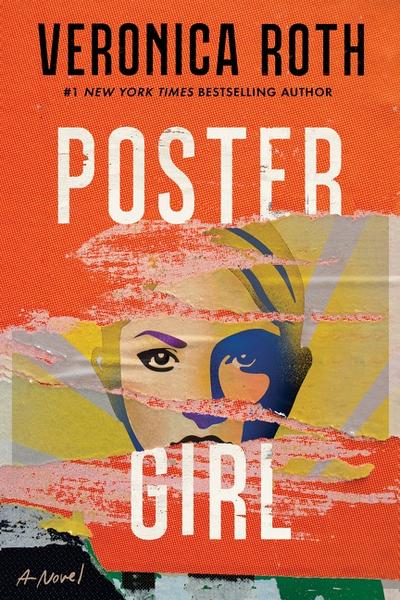 For fans of Anthony Marra and Lauren Beukes, #1 New York Times bestselling author Veronica Roth tells the story of a woman’s desperate search for a missing girl after the collapse of the oppressive dystopian regime–and the dark secrets about her family and community she uncovers along the way

Sonya Kantor knows this slogan–she lived by it for most of her life. For decades, everyone in the Seattle-Portland megalopolis lived under it, as well as constant surveillance in the form of the Insight, an ocular implant that tracked every word and every action, rewarding or punishing by a rigid moral code set forth by the Delegation.

Then there was a revolution. The Delegation fell. Its most valuable members were locked in the Aperture, a prison on the outskirts of the city. And everyone else, now free from the Insight’s monitoring, went on with their lives.

Sonya, former poster girl for the Delegation, has been imprisoned for ten years when an old enemy comes to her with a deal: find a missing girl who was stolen from her parents by the old regime, and earn her freedom. The path Sonya takes to find the child will lead her through an unfamiliar, crooked post-Delegation world where she finds herself digging deeper into the past–and her family’s dark secrets–than she ever wanted to.

With razor sharp prose, Poster Girl is a haunting dystopian mystery that explores the expanding role of surveillance on society–an inescapable reality that we welcome all too easily.

Ever wondered what The Hunger Games might’ve been like if Katniss was from District two instead of twelve? Something maybe a little like this; minus the actual Hunger Games event.

Instead, it’s more like Best Manners Royale because under the Delegation’s regime — which utilized eyeball implanted computers ala GoogleGlass (because people got too lazy to carry phones) that also tallied up infractions/awarded you points for good and bad behaviour — they wanted you molded into a compliant citizen. But after the Delegation fell, those who had enforced the rules, even the children of those families, they were all locked away.

Sonya Kantor is one of those children. Worse, she was actually the literal poster girl for the institution that had ruined so many lives. Now an adult, years after having lost her family, and most of the people she loved, she’s offered a chance to leave the prison she and other Delegation members/sympathizers, etc, have been locked away in; even though she’s deemed just too old to qualify for the new law that has passed. But she’s given a chance anyway — help track down a young girl, a second child (illegal for most people to have) who had been “re-homed” to another family, and she will earn her freedom. Along the way, though, she has to confront a figure from her past and realities she hadn’t known.

The concept of this story, which I’m actually loathe to call dystopian because some days it feels like we’re on the cusp of something this scary (whereas ten years ago it wouldn’t have felt that way!), was interesting.

While there is no overall satisfaction from the story, or at least I didn’t feel that way, Poster Girl is a quick read and might just be worth your time anyway.

A decade ago near Chicago, five teenagers defeated the otherworldly enemy known as the Dark One, whose reign of terror brought widespread destruction and death. The seemingly un-extraordinary teens—Sloane, Matt, Ines, Albie, and Esther—had been brought together by a clandestine government agency because one of them was fated to be the “Chosen One,” prophesized to save the world. With the goal achieved, humankind celebrated the victors and began to mourn their lost loved ones.

Ten years later, though the champions remain celebrities, the world has moved forward and a whole, younger generation doesn’t seem to recall the days of endless fear. But Sloane remembers. It’s impossible for her to forget when the paparazzi haunt her every step just as the Dark One still haunts her dreams. Unlike everyone else, she hasn’t moved on; she’s adrift—no direction, no goals, no purpose. On the eve of the Ten Year Celebration of Peace, a new trauma hits the Chosen: the death of one of their own. And when they gather for the funeral at the enshrined site of their triumph, they discover to their horror that the Dark One’s reign never really ended.

I’m going to start by saying I like the Chosen One trope. I do. And I also really like the post-Chosen-One-now-what-the-fuck-happens trope. I find the former is done a lot better than the latter (though we haven’t had that many) but this might’ve been the best post-Chosen story I’ve read so far. I think.

There is a lot of really interesting, and quality, content in Roth’s tale. The plot definitely keeps you guessing, too, as while the tone doesn’t really change, the context and angle does. And also, like, the setting? Things went to a strange place around the halfway mark (maybe earlier, can’t remember) and at first I really wasn’t a fan.. and then it clicked. What didn’t quite work for me was the motivation or, I guess, reason for a certain character and/or plot, but the concept of it, the bare bones structure, was pretty great.

I definitely think this is going to be book that either works or doesn’t work for readers. The characters aren’t easy to love (or like) and the plot shifts gears — sideways, upside down, backwards — but there are definitely shining moments in both the telling of the story as well as the processing of the grief and trauma and uncertainty of surviving something so beyond comprehension. It feels very true for a lot of us; we survive life to a certain point and then hit that wall of, “now what?”. The only difference is the average body doesn’t hit that wall after defeating a dark magical being. But there are glimpses of hope, of being known, of being understood, despite it all.

I will say that, for an adult story, I don’t feel the characters read their supposed age (thirty). Early twenties I would’ve believed, definitely. But, honestly, had you redacted the on-page stating of how old they were supposed to be and handed me this book? I would’ve guessed YA.

So, there you have it. Roth’s first adult novel is interesting, creative, and not hard to put down, but not easy, either. But despite it all, not as close to great as I hoped it might be. I have no idea what to expect from book two, particularly as I felt this wrapped really well, but I will pick it up for sure.

This was a tale of complexity, the creation of a world(s) that really captured my imagination but no way could I have predicted this wild story direction and culmintion. Veronica Roth once again has proven she has a great imagination and ability to commit this to the page.

I do like a chosen one trope but this really was a reimagining of that idea with a washed up, traumatised and arrogant crew. Sloane was the protagonist that was just treading water after her great input in saving the world ten years ago. I really liked how the world unfurled its laws and history through her flashbacks but also her reading of past documents. The magic of that earth was pretty creepy at times, with the fight to save the world having been somewhat gory and violent. I didn’t like many of the other crew apart from Albie and maybe Innes but she was in the background. I liked the second part much better.

When the world and story twisted life got much more exciting and I got more invested in the story. I loved the elements and mysteriousness of the needle, Sloane’s connection to deep dives and Mox. This story really was a case of not knowing who were the good guys and who were the bad guys; my ideas got flipped on their heads.

There is a concentration investment needed for this story, the world building comes in layers and pieces but nevertheless it is intricate and you need your brain switched on. The culmination did not let me down and I am a little unsure where another story will spring from for this series but I am here to read more. On a side note, I can see this making a pretty good film.

No world is like the other. Within this masterful collection, each setting is more strange and wonderful than the last, brimming with new technologies and beings. And yet, for all the advances in these futuristic lands, the people still must confront deeply human problems.

In these six stories, Veronica Roth reaches into the unknown and draws forth something startlingly familiar and profoundly beautiful.

With tales of friendship and revenge, plus two new stories from the Carve the Mark universe, this collection has something for new and old fans alike. Each story begins with a hope for a better end, but always end with a better understanding of the beginning.

With beautifully intricate black-and-white interior illustrations and a uniquely designed package, this is the perfect gift for book lovers.

This whole book of short stories has a futuristic feel, sometimes a little dystopian and sometimes a little Sci-fi. One story I loved, some I liked and some I didn’t. What is special about this book of shorts is that it is illustrated. The illustrations are gorgeous, so much so that I bookmarked most of them so that I could go back and look at them again. They add a lot to the story and definitely help with visualisation. Here is a flavour of three of the stories.

Inertia was a story steeped in some mental health issues, grief, loss and things unsaid. This story gripped me immediately as two friends were confronted with mortality. It was both hopeless and hopeful. This story of firsts and friendships in a backdrop of futuristic death rituals was my favourite.

The Spinners had a feel of the THE HOST but executing the world in a short story was a tall order. So this one crashed and burned a bit for me. I found it a little boring and I didn’t feel the connection between the siblings or other character.

Harken was a super interesting concept but it felt a bit unfinished. I wanted to know so much more about the world, the bio bombs and the giftings. A longer story would have done this more justice.

Overall this was a book that you could dip in and out of. Not all the stories appealed to me but they might to some. Considering how stunning the illustrations are in the ebook, I am only imagine how they will translate even better into a physical book.

Thank you to Harper Collins for this early review copy.