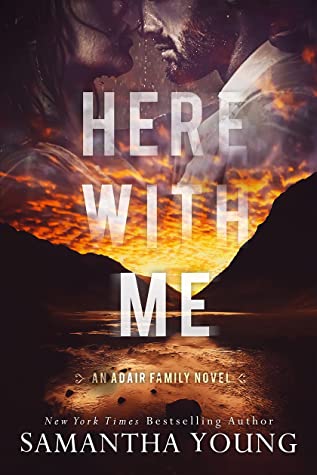 Settled in the tranquil remoteness of the Scottish Highlands, Ardnoch Estate caters to the rich and famous. It is as unattainable and as mysterious as its owner —ex-Hollywood leading man Lachlan Adair—and it’s poised on the edge of a dark scandal.

After narrowly escaping death, police officer Robyn Penhaligon leaves behind her life in Boston in search of some answers. Starting with Mac Galbraith, the Scottish father who abandoned her to pursue his career in private security. To re-connect with Mac, Robyn will finally meet a man she’s long resented. Lachlan Adair. Hostility instantly brews between Robyn and Lachlan. She thinks the head of the Adair family is high-handed and self-important. And finding closure with Mac is proving more difficult than she ever imagined. Robyn would sooner leave Ardnoch, but when she discovers Mac is embroiled in a threat against the Adairs and the exclusive members of the estate, she finds she’s not yet ready to give up on her father.

Determined to ensure Mac’s safety, Robyn investigates the disturbing crimes at Ardnoch, forcing her and Lachlan to spend time together. Soon it becomes clear a searing attraction exists beneath their animosity, and temptation leads them down a perilous path.

While they discover they are connected by something far more addictive than passion, Lachlan cannot let go of his grip on a painful past: a past that will destroy his future … if the insidious presence of an enemy lurking in the shadows of Ardnoch doesn’t do the job first.

I love a good romantic suspense read and Here With Me reminded me very much of a Nora Roberts read in that genre. I think that’s a pretty high accolade. This was a long book but it didn’t feel it.

The meeting of a Bostonite and a Scot on a highland estate was the premise for this read but there was a rich plot of Robyn’s estrangement from her dad, Mac and some sinister goings on at the exclusive club that Lachlan owned.

Lachlan was the right level of brooding with character depth and Robyn was such a great, confident and feisty character. I loved Robyn’s attitude towards Lachlan and how their antagonism grew into something more.

The suspense plot was good, with periods of tension but not constant. To be fair, I guessed the person behind the things happening on the estate early on but it didn’t affect my enjoyment. I am here for more from this series and I curious as to whether they will all be suspense. Here With Me will appeal to On Dublin Street fans even with the suspense added in, the characters have a similar vibe.

Thank you to the author for the early review copy.

Having never read anything by this author before I didn’t quite know what to expect. I had seen friends really enjoy this series and thought hey, my library has it, why not. And while we started off a little rocky with some inconsistent details that my brain refused to let go of, despite the fact that it was pretty silly, and I wasn’t quite sure how to deal with the love interest, Robyn quickly won me over; and honestly she’s the reason I enjoyed this so much.

We love to see a strong, badass, kickass, capable, woman — but one who doesn’t also fall into the pitfalls some authors lean into by also making her emotionally closed off or invulnerable. Robyn was very well rounded, very open with her thoughts and feelings and communicated them well, and honestly I don’t think Lachlan deserves her. But I did warm to him over time; Young gave him some realistic reasons for the way he was but.. he still didn’t make a great impression and did still frustrate me at times as he continually stumbled over things, screwed up, and had to make amends. Again and again. But. I respect how the author made him challenge himself and his emotional response to some things (I’m thinking of one particular instance) even if half the time his family had to kick his ass to get it all moving in the right direction.

I did guess who was behind the big whoddunit it of the story pretttyyyy early on and I want to make a comment about something kind of obvious that was a huge red flag clue but I don’t want to hint or spoil at anything for anyone else so I’ll zip it. So that was a little annoying to live through b u t I also appreciate that we got to see how frustrating it can be for investigators when clues don’t add up in a neat way, you’re fooled by what’s right in front of you, and cases drag out. There was no quick solve here and that did feel pretty realistic.

I’ll admit one thing I really dislike in a story is getting a backstory via internal exposition and then immediately having it explained in dialogue as well; it’s one thing to have it come up a chapter or two before and then it’s expressed in dialogue later but Young often had it back to back and I was a bit annoyed by that. I don’t know if that’s a style choice or it just happened to show up in this one. Not my favourite.

This book, and likely the series, is made up of some pretty complicated and complex dynamics; in both sibling and parental relationships and I did enjoy some of it but others kind of drove me batty. I’ll be interested to see how the second book plays out considering I feel zero compassion towards the new leading lady (though I’m sure she’ll be made out to have reasons for her actions) whereas I have plenty for the love interest. So maybe my bias will switch out for that one? Who knows.

Here With Me is definitely a little over the top in some ways, a bit dramatic, but there’s a backbone of really good emotional beats and discussion around family and forgiveness that, as mentioned, was carried by a great leading lady. I might not be awarding top marks but I devoured this (not short) book in one sitting so maybe that says enough.