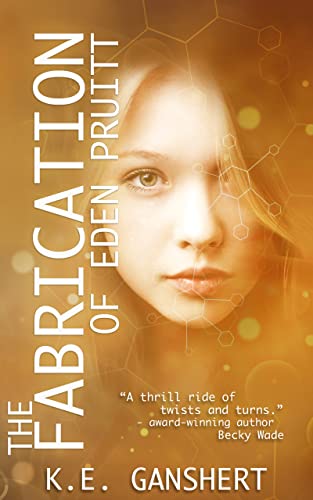 Studious and principled Eden Pruitt stepped out of line just once. Unfortunately, that reckless decision ended with an arrest, a mug shot, and two very concerned parents. Now they’re starting over. In Iowa, of all places. On the cusp of her senior year, of all times. The situation is less than ideal but she’ll just have to manage, and without complaint. The change of address was her fault after all, and she isn’t going to make anything harder on her parents, who have already been through enough.

But life in Iowa turns strange fast. Odd things are happening, and Eden has no idea what any of it means. Then she comes home from her first day of school to a ransacked house and the nightmare officially begins. Her parents are missing. She’s convinced something terrible has happened to them. But nobody believes her. Except for a hardened, mysterious stranger who is as dangerous as he is enticing.

Headlines:
Don’t accept events at first glance
A dystopian US
Who is Eden Pruitt?

This was such a ride of a read that started in normality but quickly spiralled into Eden finding her life was not as she knew it. The story was set in a contemporary dystopian US with events in the past that haven’t happened to us that shaped their future. Eden found herself separated from her parents and in the company of a possible ally Cass.

For much of the story I was second guessing who was friend or foe. There were some amazing plot twists that really pulled the rug out from Eden and the reader. This was a fairly fast-paced read where Eden was on the run, fighting an unnamed enemy and second guessing her existence. I don’t want to give away any of the plot but it was unpredictable, it had sci-fi elements and it read like a thriller. I thought this melding of dystopian ya thriller with sci-fi worked well.

There was a light romance in this story and that connection was belieavable, on the periphery but it fit well with the overall plot. There’s a second installment to come in this series (duology?) and I’ll definitely be reading on.