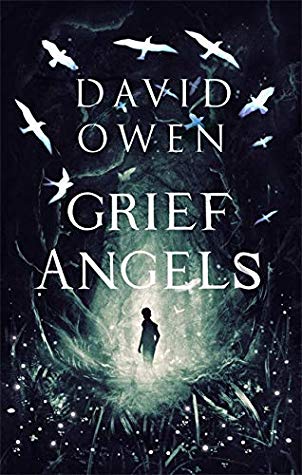 15-year-old Owen Marlow is experiencing a great, disorienting loss after his father suddenly passed away and his mother moved them to a new town. None of his old friends knew how to confront his grief, so he’s given up on trying to make new ones. There is one guy at school who might prove to be different if he gives him a chance but lately, Owen has been overwhelmed by his sadness. He’s started to have strange, powerful hallucinations of skeletal birds circling above him. Owen tells himself that these visions are just his brain’s way of trying to cope – until one night, the birds descend and take him to an otherworldly forest. There, he is asked to go on a dangerous journey that promises to bring him the understanding he so desperately seeks – if he can survive it.

Grief Angels is an urgent and heartfelt look at the power of nostalgia and the many different forms of grief. It’s about young men learning how to share their stories, and teens discovering who they are, and who they might one day become.

Let me preface this review by saying that I really felt drawn to this book and its themes of grief. I have a professional and research interest in grief and for me this means that my mind is open, I respect utterly how people grieve according to their individualised needs and nature. I am sad this didn’t work for me in some aspects.

GRIEF ANGELS is an unusual read in many way, I truly appreciated this story that took young adult male friendships, didn’t sexualise them and realistically depicted a compelling story through them. The narrative was told through the two main characters of Duncan and Owen. Duncan was a young guy dealing with depression and toxicity in his long standing friendship group. Owen was a new guy in school, grieving the death of his father and finding himself along the way.

What was unique about this story was that Owen was whisked off in his grief by the ‘grief angels’ (read birds) to a fantastical land where he went on a quest with someone to do something. I remain unclear about some of this, so excuse the vagueness. I do not know if this part of the story was magical realism, analogy, hallucination or what. I feel that by the end I should have known this. I kept reading, kept pushing through with this element, wanting to find out the answer. I can make my best hypothesis about this but this element needed some world building and structure.

It is testement to the great YA story in the contemporary setting that I haven’t rated this book lower. I loved it when the story switched back to life at school and in the friendships. I wanted to stay there.

I’m sad this particular story didn’t work for me but I would definitely read David Owen again. I liked the characters he created and I enjoyed the larger parts of his writing.

Thank you to Atom books for the review copy. 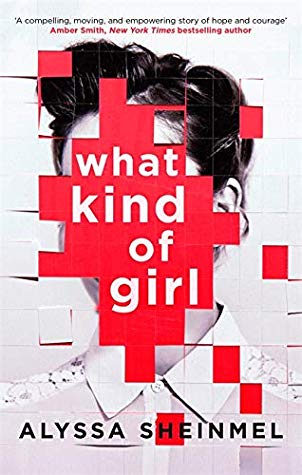 The girls at North Bay Academy are taking sides. It all started when Mike Parker’s girlfriend showed up with a bruise on her face. Or, more specifically, when she walked into the principal’s office and said Mike hit her. But the students have questions: Why did she go to the principal and not the police? Why did she stay so long if he was hurting her? Obviously, if it’s true, Mike should be expelled. But is it true? Some girls want to rally for his expulsion – and some want to rally around Mike. The only thing that the entire student body can agree on? Someone is lying. And the truth has to come out.

WHAT KIND OF GIRL was such an interesting read that addressed some relevant but less written-about themes in the context of physical abuse in a dating situation in YA. There are some additional trigger warnings at the beginning of the book for those who seek this out.

This story asked the question, what kind of girl would let something like this happen and focused on the individuals but also very importantly, it focused on the reactions from friends, enemies, family and the school community. I can tell you it frustrated me and infuriated me at times with people’s reactions and turns of events but it was utterly compelling.

The way the story was told was innovative and clever. It was told from mulitple POVS (not too many, I hasten to add) but for the first part of the story, you don’t have names for the characters. This worked really well and there came a point where it was all woven together and the reveals came. Interestingly, this story was also told over one week and yet the level of depth to this story was impressive. I loved the style and structure, it felt fresh. There were moments where I felt in the dark but I enjoyed the veil of mystery until the reveals.

There were two key characters in this book and some strong supporting characters. I loved Maya, Hiram and Junie, although there were moments for each of these characters where I felt unsure about who they were, how loyal they would be and how true to themselves they could be. This is the kind of story that builds and builds and really, you don’t know the full story until the final page.

The writing was inviting in story-telling and mysterious voices. I couldn’t put the book down and read it in less than 24 hours. Alyssa B Sheinmel has a strong narrative YA voice that captured my attention with its themes and ability to immerse me in a situation.

Plenty of women never tell. They don’t come forward and say their boyfriends are hitting them. They find thicker cover-up and better cover stories. They opened a cabinet and a mug fell on their faces. They walked into a doorknob in the middle of the night. Sure, it’s completely implausible-why would anyone be eye-level with a doorknob?-but that’s what women in the movies say. They cover for the men in their lives, at least at first. Eventually the woman stands up for herself and says: Enough.

Thank you to Atom books for the early proof copy in return for an honest review.