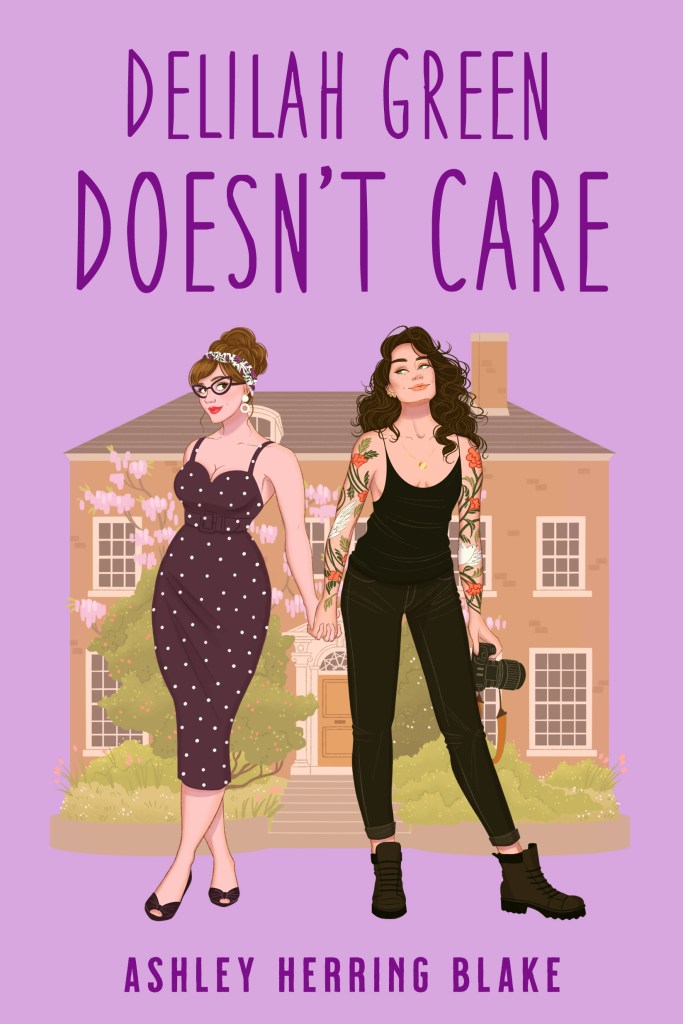 Delilah Green swore she would never go back to Bright Falls—nothing is there for her but memories of a lonely childhood where she was little more than a burden to her cold and distant stepfamily. Her life is in New York, with her photography career finally gaining steam and her bed never empty. Sure, it’s a different woman every night, but that’s just fine with her.

When Delilah’s estranged stepsister, Astrid, pressures her into photographing her wedding with a guilt trip and a five-figure check, Delilah finds herself back in the godforsaken town that she used to call home. She plans to breeze in and out, but then she sees Claire Sutherland, one of Astrid’s stuck-up besties, and decides that maybe there’s some fun (and a little retribution) to be had in Bright Falls, after all.

Having raised her eleven-year-old daughter mostly on her own while dealing with her unreliable ex and running a bookstore, Claire Sutherland depends upon a life without surprises. And Delilah Green is an unwelcome surprise…at first. Though they’ve known each other for years, they don’t really know each other—so Claire is unsettled when Delilah figures out exactly what buttons to push. When they’re forced together during a gauntlet of wedding preparations—including a plot to save Astrid from her horrible fiancé—Claire isn’t sure she has the strength to resist Delilah’s charms. Even worse, she’s starting to think she doesn’t want to…

While this wasn’t quite the “wow, new-favourite!” read I had maybe hoped it would be, I would definitely read this author again, so I think that’s still a win.

I think ultimately why this doesn’t rate higher for me is a bit because it’s at times somewhat childish and immature (such as in the case of the plans/hijinks the girls come up with to sabotage their friend’s/sister’s relationship, all towards proving said friend/sister isn’t meant to be with him) but also.. yeah, I don’t know. For a bunch of thirty year olds, somehow, it just read a little young. Maybe it was all the leftover childhood angst that infused it? I don’t know.

I really wanted to root for the romance — heyo, ladies who are super into wanting each other, more of this please — but while I liked both characters in theory, only one really came off the page for me. And that was Delilah. I felt for what Claire was going through, appreciated who she represented (not only a young mother but also having had a child with a man while still being very bi and how that dynamic had zero angst [well, not that kind of angst, at least]), but.. I didn’t really like her beyond the theory? Delilah though.. she broke my heart. She was vibrant and dynamic and I was a little in love with her myself.

Sure, it has a bit of that Cinderella-ish feel to it, and I wish maybe some of the “villains” of the piece had been less campy (maybe this is where I felt the immaturity from, too?) but overall there’s enough emotion to keep this grounded and from veering off in the direction of Too Much. Though some plot points maybe needed A Little More, too.

So, yes, on a whole? Not quite a slam dunk. But I will definitely read on in this series — well, I say series, I imagine it’ll be companion novels for the other friend and then the sister. But either way! I will read.

** I received an ARC from Edelweiss+ and the publisher (thank you!) in exchange for an honest review. **

This book had all my excitement engaged, I fancied everything about this blurb, the potential of the couple, the small town and returning home vibe and the family complications. In execution, I enjoyed all these elements, just not as much as I’d hoped.

So, all that is really positive but there was just something that made this read drag a bit for me. Honestly, I can’t quite put my finger on it but it took me weeks of picking up and putting down this book to finish and I’m sad about that. I wanted to be totally spun into the story that I couldn’t put it down.

Overall, I came out feeling this was an okay read with some good parts and slow parts.

Thank you to Little Brown for the early review copy.