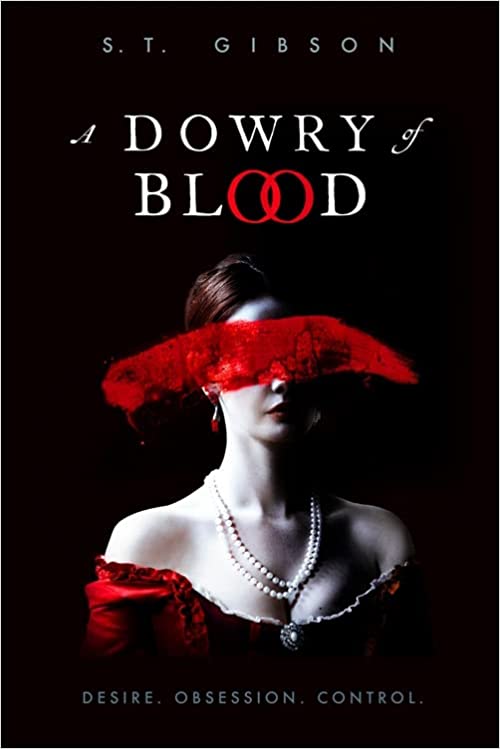 This is my last love letter to you, though some would call it a confession. . .

Saved from the brink of death by a mysterious stranger, Constanta is transformed from a medieval peasant into a bride fit for an undying king. But when Dracula draws a cunning aristocrat and a starving artist into his web of passion and deceit, Constanta realizes that her beloved is capable of terrible things.

Finding comfort in the arms of her rival consorts, she begins to unravel their husband’s dark secrets. With the lives of everyone she loves on the line, Constanta will have to choose between her own freedom and her love for her husband. But bonds forged by blood can only be broken by death.

This beautiful hardback edition will include a bonus short story featuring characters from A Dowry of Blood, titled ‘An Encore of Roses’.

This was a lush read of decadence mixed with something rather hideous underneath the trappings of ‘love’. I found this book totally captivating and uncomfortable but I couldn’t look away. I devoured it over 24 hours. I really enjoyed the first person narrative, it worked so well for this tale.

Told over centuries that felt like decades, the story unfolded from Constanta’s point of view but it centered on him, her sire, her lord, he who had to be obeyed. This was an utterly complex relationship between these two main characters, initally built on being saved, through to a besotted and an unreal kind of love, then into something deeper but kind of icky.

The story moved into having more key characters and more to the relationships. The sire’s truer colours came to light and this tale was one of darkness, dependency and blood.

It was so good to have the bonus short story and I’m wholly excited for more from this series and the characters.