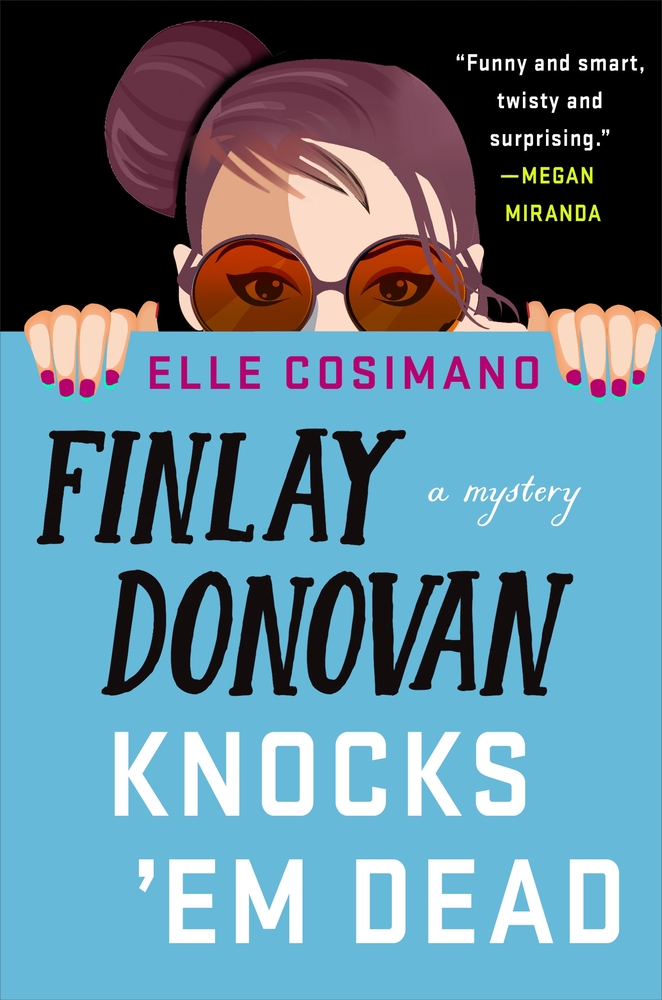 Finlay Donovan is―once again―struggling to finish her next novel and keep her head above water as a single mother of two. On the bright side, she has her live-in nanny and confidant Vero to rely on, and the only dead body she’s dealt with lately is that of her daughter’s pet goldfish.

On the not-so-bright side, someone out there wants her ex-husband, Steven, out of the picture. Permanently. Whatever else Steven may be, he’s a good father, but saving him will send her down a rabbit hole of hit-women disguised as soccer moms, and a little bit more involvement with the Russian mob than she’d like.

Meanwhile, Vero’s keeping secrets, and Detective Nick Anthony seems determined to get back into her life. He may be a hot cop, but Finlay’s first priority is preventing her family from sleeping with the fishes… and if that means bending a few laws then so be it.

With her next book’s deadline looming and an ex-husband to keep alive, Finlay is quickly coming to the end of her rope. She can only hope there isn’t a noose at the end of it…

Honestly, while I’m awarding this the same rating, overall it wasn’t quite on par with book one. Mostly the success comes from the big reveal at the end that.. yeah, I did not see that one coming. Brava. I loved it.

But the romance takes a turn in the direction I didn’t want, leaving me feeling a bit letdown (even though it’s still early in the series and I shouldn’t have put all my eggs in any one basket in book one, what a noob). And once again we have so many coincidences and conveniences that I’m just constantly having to hit refresh on my suspension-of-disbelief button and I think I pointer finger was getting tired.

Book three is lining up to be very Vero-centric and I’m both looking forward to it and nervous because I kind of wanted her role as bestie and ride or die to be drama-free and less OTT than some of the circumstances these two find themselves in. So I’m a wee bit concerned. But we’ll see how it all plays out.

Having said that, these are quick action-y reads with the single-mom-trying-to-do-it-all, matched up with spying and thrills and the banality of book deadlines, all alongside the absolute belief that a wig and a dress can convince anyone you’re someone else. Apparently.

I wouldn’t push these on anyone as a recommendation but you could totally do worse.