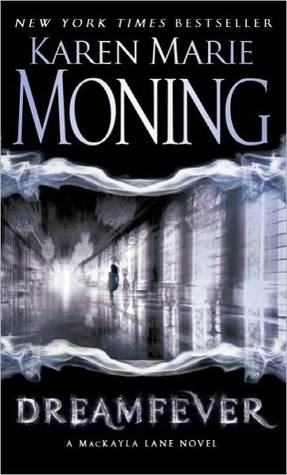 He has stolen her past, but MacKayla will never allow her sister’s murderer to take her future. Yet even the uniquely gifted sidhe-seer is no match for the Lord Master, who has unleashed an insatiable sexual craving that consumes Mac’s every thought—and thrusts her into the seductive realm of two very dangerous men, both of whom she desires but dares not trust.

As the enigmatic Jericho Barrons and the sensual Fae prince V’lane vie for her body and soul, as cryptic entries from her sister’s diary mysteriously appear and the power of the Dark Book weaves its annihilating path through the city, Mac’s greatest enemy delivers a final challenge.…

It’s an invitation Mac cannot refuse, one that sends her racing home to Georgia, where an even darker threat awaits. With her parents missing and the lives of her loved ones under siege, Mac is about to come face-to-face with a soul-shattering truth—about herself and her sister, about Jericho Barrons…and about the world she thought she knew.

I mean.. in a lot of ways we know what that horrible cliffhanger reveals but still that one hurts. Worse than the last one!

Overall, I think I expected to love this instalment more than I did. It has a lot of good juicy excellent bits, both character and plot wise, but I felt it to be strangely rushed along. Some moments got some of their due but others..? Others I think needed a lot more.

What has been consistent, though, as I’ve said in probably all these reread reviews, is the presence of the usual side-eye towards Mac’s inner voice. We get less of that this time considering what she’s just survived and how she’s pretty much fully Mac 4.0 (whatever that means beyond wearing leather and caring less about pink, also, did we skip 3.0?) now. And honestly you sort’ve just have to lean into it or step around it, whatever works best. But the other consistency? The other consistency is for the times where there are these lovely passages full of wisdom, truth, grief, and hope. And they usually pop out when you least expect them.

Also, as I was reading, I was picking up on foreshadowing for something (well, a few somethings!) I had completely forgotten about. As I said to my buddy reader, it’s so funny what the mind chooses to remember and otherwise completely deletes from the brain. Hoo boy.

The author’s note at the end of this book, fourth in the Fever series, goes on to say how book five is the end of the journey. But we know that’s not true. It is, however, where I do recall the story started to shift.. and maybe go downhill?

I had such a good time chatting about this one with my buddy (shoutout to Hayley!) and we’re both really chomping at the bit to pick up where this left off and see what reveals await us (remembered and not) in the “final” of Mac’s story arc.