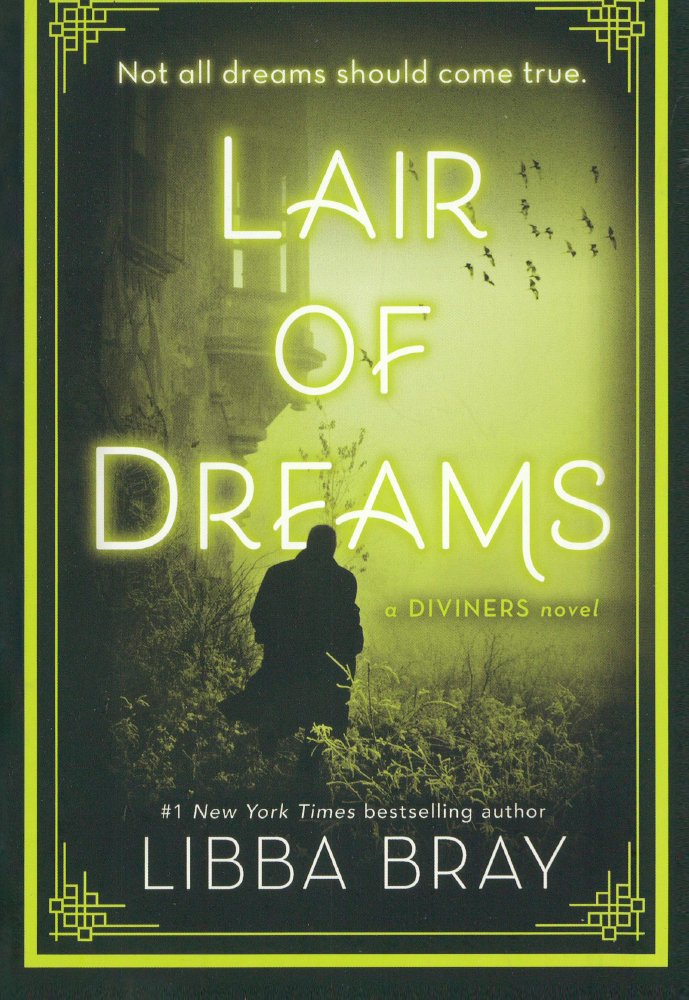 The longing of dreams draws the dead, and this city holds many dreams.

After a supernatural showdown with a serial killer, Evie O’Neill has outed herself as a Diviner. With her uncanny ability to read people’s secrets, she’s become a media darling, earning the title “America’s Sweetheart Seer.” Everyone’s in love with the city’s newest It Girl…everyone except the other Diviners.

Piano-playing Henry DuBois and Chinatown resident Ling Chan are two Diviners struggling to keep their powers a secret—for they can walk in dreams. And while Evie is living the high life, victims of a mysterious sleeping sickness are turning up across New York City.

As Henry searches for a lost love and Ling strives to succeed in a world that shuns her, a malevolent force infects their dreams. And at the edges of it all lurks a man in a stovepipe hat who has plans that extend farther than anyone can guess…As the sickness spreads, can the Diviners descend into the dreamworld to save the city?

Yeesh, we’ve taken a bit of a dip in this series — and by we I mean me — but a brief scan of ratings shows I’m definitely the outlier on this one. So, well. You know the saying.

But let me just take this brief moment to get the snarky out of the way : the main premise/conflict of this second book is that people are falling prey to a sleeping sickness, unable to wake up. And hoo boy was that some powerful mojo because I, too, was wanting to fall asleep while reading this.

Okay, snark over. I hope.

Listen, I’m a big fan of Bray’s obvious dedication to research and setting and, in some cases, the atmosphere. But in addition to this just being so long, and everything taking so much time to sort out, along with all the little side quests that are building the main meat of the series.. well. It just felt a bit much.

And it was all made worse by the fact that this sleeping sickness originated in Chinatown and so, leaning into the racism of the time (hahah we laugh because it isn’t gone.. and also, just wait), it becomes the Chinese Sleeping Virus. With sounds a lot like something else. And oh, they do quarantines, post signs barring certain people from entering establishments, spread propaganda about the hygiene of certain people, there are assaults in the street.. yeah. It was really real. So it wasn’t fun to read about something we’re more or less enduring now despite the century of time difference. So, again, while I appreciated the very real historical relevance of the racism, the segregation, the talk of eugenics.. it was just hard. And butted up against the length of this, the sleepiness of the sleepy sickness, the fact that I still don’t like many characters — and am starting to actively dislike a few — well. We did not have a great time.

About the characters, though. Ling saved this one. And Henry had his moments. I couldn’t give much of a fig about anyone else, though, and if Old Bill doesn’t drop dead soon.. I swear.

Anyway, certainly less thrilled to be reading on in this chonky four-book series but now that we have a solid gang of teens amassed to like.. potentially battle evil, with some still in the closet about it all, things might get more interesting. Maybe. Cautious optimism, it’s to what I cling.