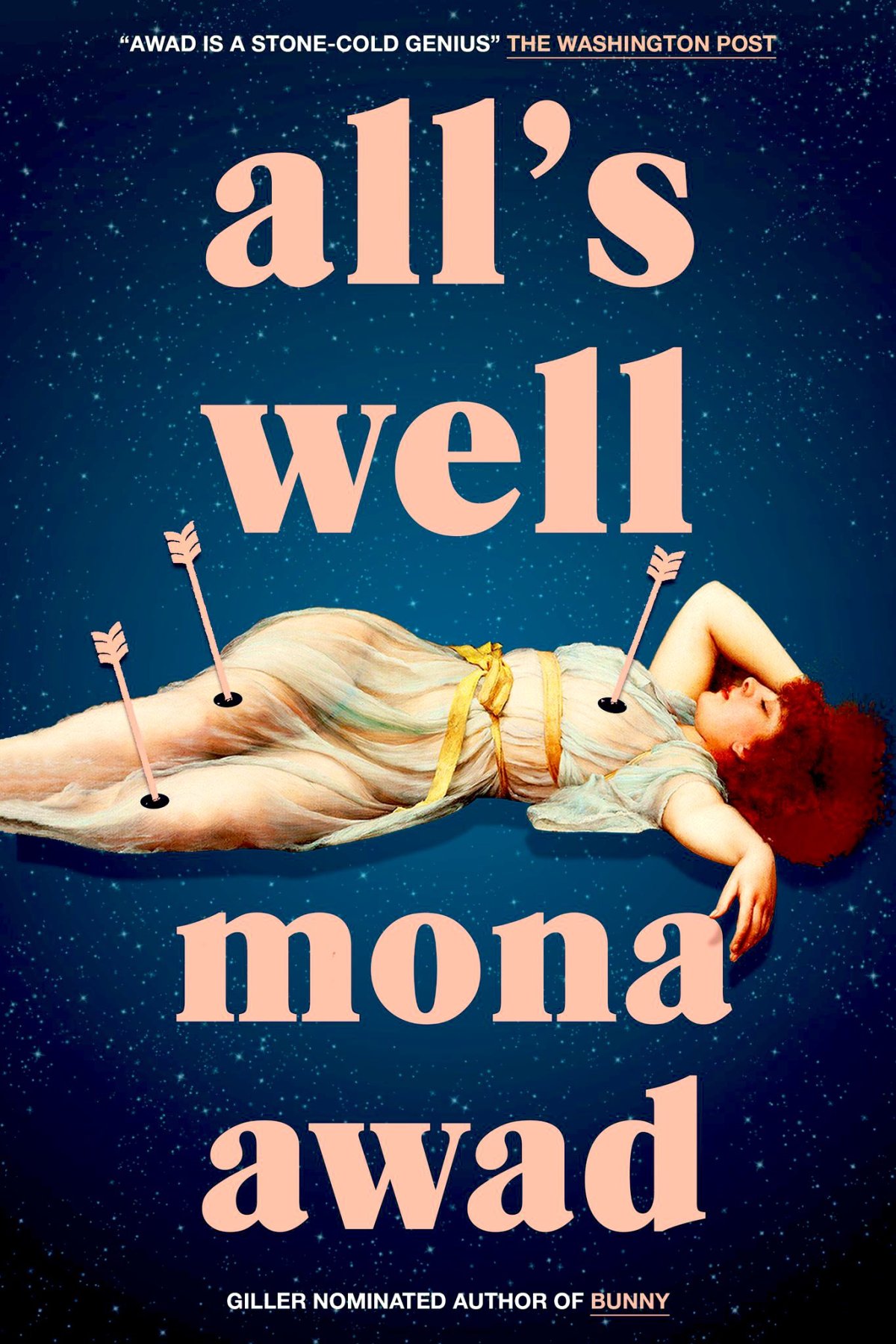 Miranda is a theatre professor whose life is less than satisfactory. After falling during a performance early in her acting career, she finds herself in constant, seemingly incurable pain and struggles to even sit still. When she hopes to revisit the glory of her acting days by having her class stage Shakespeare’s All’s Well That Ends Well, she is met with a mutiny from her students, led by her least favourite undergrad–the devious Briana. Forced instead to put on Hamlet, Miranda is devastated at the duplicity of her students, underhandedness of her boss, and is consumed by frustration at the lack of control she has over her own body and life.

When she’s drowning her sorrows at the local pub one night, her path takes a sharp turn. Three mysterious men in suits who seem to know everything about her–her pain, her glory, and her deepest desires–offer to help her. After drinking a glowing, golden liquid, she wakes up the next morning with no memory of the night before, and her chronic pain has lifted. Miranda’s life starts falling into place: she is not only walking but running with ease; Briana has become gravely ill; and a twist of fate allows Miranda to stage her beloved All’s Well That Ends Well. But as a lover of the Bard, Miranda should know that sudden streaks of luck always come at a price…

All’s Well is a searing exploration of chronic pain and depression through the classic tensions between saints and sinners, healers and witches, revenge and jealousy, love and lust to craft a completely modern and truly unique rendition of a Shakespearean play

All’s well.. now that I have finished this book. Because this was not for me.

I don’t quite know what I expected from this; well, okay, this was one of those rare cases where I did read most of the blurb before requesting. So I expected the summary. Which does sound good. And yes, I had heard some strange and varied things about Bunny, the author’s previous release, and thought, of the two, this might be more my speed to test the waters on a new-to-me author.

While the commentary surrounding chronic pain and how it is treated in the medical community, particularly with women patients, was definitely frustrating, and heartbreaking, the writing was.. manic? Stream of conscious strangeness? And that was before the was-it-magic-or-delusion-who-even-knows.

This was just so strange, and often uncomfortable — in the sense that it was visceral and I did, often, find myself in Miranda’s shoes as if I, too, was haunted by her pain; at least in the beginning, before I started to check out. So I did feel things but I didn’t like anything I felt and, again, the rest just felt like it went a bit off the rails. It was also a bit repetitive with the actual preparation of the play, which made it feel dragged out, and.. yeah, obviously, I didn’t like this so why I’m still trying to justify the reasons, I don’t know.

I can’t make myself round up on this and definitely can’t recommend it, either.