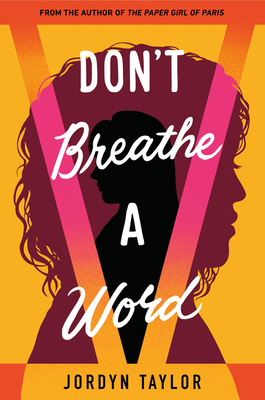 Present Day:
Eva has never felt like she belonged… not in her own family or with her friends in New York City, and certainly not at a fancy boarding school like Hardwick Preparatory Academy. So when she is invited to join the Fives, an elite secret society, she jumps at the opportunity to finally be a part of something.

But what if the Fives are about more than just having the best parties and receiving special privileges from the school? What if they are also responsible for keeping some of Hardwick’s biggest secrets buried?

1962:
There is only one reason why Connie would volunteer to be one of the six students to participate in testing Hardwick’s nuclear fallout shelter: Craig Allenby. While the thought of nuclear war sends her into a panic, she can’t pass up the opportunity to spend four days locked in with the school’s golden boy. However, Connie and the other students quickly discover that there is more to this “test” than they previously thought. As they are forced to follow an escalating series of commands, Connie realizes that one wrong move could have dangerous consequences.

Separated by sixty years , Eva’s and Connie’s stories become inextricably intertwined as Eva unravels the mystery of how six students went into the fallout shelter all those years ago . . . but only five came out.

This was an interesting dual-timeline story, that later connects, of an event in the past that is the catalyst for the creation of a secret society at a boarding school. It mashes up Cold War paranoia with present day priviledge and the new girl at said school who is brought into the society and uncovers the crime at the heart of the organization.

I found this an easy read and enjoyed it when I didn’t think too hard about the unlikeliness of the whole thing enduring through the decades. Also the fact that no one had uncovered anything in the decades since? Like with most stories, suspend some disbelief and you’ll have a good time.

At it’s heart, however, is a good message for teens — and those of us non-teens who sometimes forget — that people worth your time, be them friends or family or peers, won’t demand sacrifice or secrets or for you to bury your discomfort just to be in their presence. Friendship, love, respect.. these are not conditional.

While this wasn’t perhaps all that surprising or original, except for the circumstances taking place during the historical timeline, if you like secret societies, boarding school settings, and mysteries for YA protagonists to unravel, you should give this one a go.