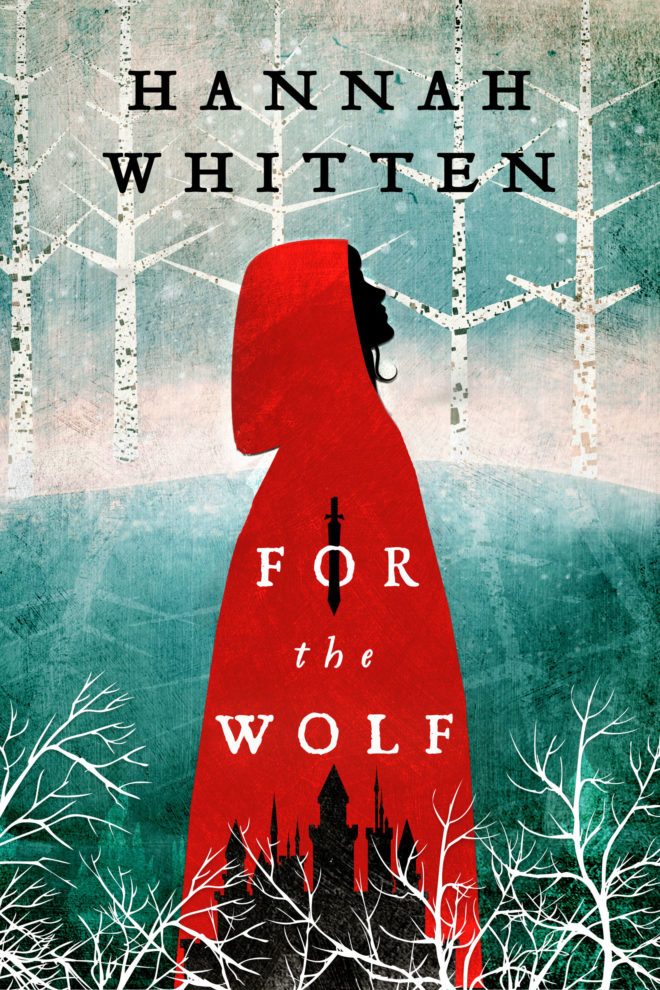 For fans of Uprooted and The Bear and the Nightingale comes a dark fantasy novel about a young woman who must be sacrificed to the legendary Wolf of the Wood to save her kingdom. But not all legends are true, and the Wolf isn’t the only danger lurking in the Wilderwood.

As the only Second Daughter born in centuries, Red has one purpose-to be sacrificed to the Wolf in the Wood in the hope he’ll return the world’s captured gods.

Red is almost relieved to go. Plagued by a dangerous power she can’t control, at least she knows that in the Wilderwood, she can’t hurt those she loves. Again.

But the legends lie. The Wolf is a man, not a monster. Her magic is a calling, not a curse. And if she doesn’t learn how to use it, the monsters the gods have become will swallow the Wilderwood-and her world-whole.

This is not the first time I’ve had a reading experience with this, where I start strong, get waylaid in the middle, and then have no opportunity to pick it up and finish even though I’m so close to the end. This kind of pattern always screws me up (I’m a one or two session reader, often just one!) and leaves me uncertain how I feel about a story. Enter, For the Wolf.

I liked so much of this but was equally confused by just as much. This is a story that I definitely need to reread because I think it’s possible this would be an easy four star if I had read it normally.

People created stories to fill the gaps they didn’t understand, and religion grew up around it like rot on a fallen tree.

There are shades of familiar fairytales woven into the roots of this spooky forest magic story. But these parts are made equally their own thing. This is not YA but is written with similar YA beats, yet manages to be dark without crossing any ‘can’t turn back now’ lines.

All of them loved like burning, no thought for the ashes.

While this had some absolutely lovely turns of phrase, a slowburn romance, and tons of forest aesthetic, I definitely lost track of some scenes or events as they played out, and I did find myself losing the thread of the worldbuiling (probably explained in the beginning and then just forgotten, because I’m dumb and was too slow to read this; though I also think the mythology is supposed to be uncertain and skewed and that doesn’t help?), but I am definitely going to be keen for the follow up.

I’ve had to really think about my rating on For The Wolf because I’ve come out of it in a good place but the journey was sometimes confused by difficult world building layered in a way that wasn’t intuitive. However, what this book brings in terms of characterisation is pretty great, with Eammon a large, gentle man battling to keep the wood in some kind of equilibrium and Redarys, an immediately likeable young woman who knew her own mind and her path.

This book felt like a fresh blend of traits from a number of well known fairytales in a hybrid that totally worked. It definitely felt like it’s own story but I enjoyed the elements of familiarity when they popped up. The wood itself was a wild, powerful ‘being’ and there were moments of body horror (fleeting but present) but I felt all that really added to the wilderwood presence. The description opened up such imagery when reading that I had a really clear picture of how I felt this wild place looked.

There were important side characters, a few I liked and some I couldn’t stand, nor was I meant to. I’ve come away from the story unsure how I feel about Neve but 100% invested in reading more in the next book.

I do just want to embelish a little on my world building problems and say that by the last quarter of the book, I was clear on what was what. I don’t mind having to work for answers with a fantasy book but I did feel a lack of clarity at times that was irritating. This was a case of having to just go with the flow of side confusion to keep traction with the story until things were clearer and they did become clearer.

Overall, this is a good debut. If you start this book and feel some confusion, keep going, the story and the characters are worth it.

Thank you to Orbit Books for the early review copy.

4 thoughts on “FOR THE WOLF by Hannah Whitten – double review!”