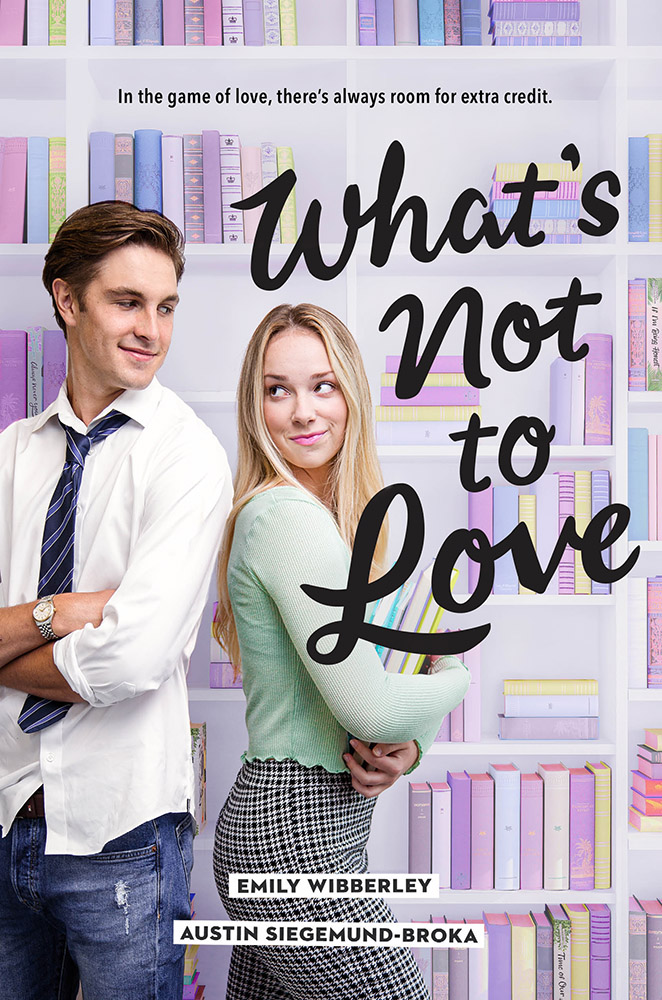 An academic enemies-to-lovers YA with all the nerdy drama, high school antics, and heartpounding romance of the Netflix original series Never Have I Ever

Since high school began, Alison Sanger and Ethan Molloy have competed on almost everything. AP classes, the school paper, community service, it never ends. If Alison could avoid Ethan until graduation, she would. Except, naturally, for two over-achieving seniors with their sights on valedictorian and Harvard, they share all the same classes and extracurriculars. So when their school’s principal assigns them the task of co-planning a previous class’s ten-year reunion, with the promise of a recommendation for Harvard if they do, Ethan and Alison are willing to endure one more activity together if it means beating the other out of the lead.

But with all this extra time spent in each other’s company, their rivalry begins to feel closer to friendship. And as tension between them builds, Alison fights the growing realization that the only thing she wants more than winning…is Ethan.

I am so relieved right now. I was really starting to think If I’m Being Honest was a fluke for this duo. While I had liked everything else they had written, nothing had edged over into love category and while I enjoyed the topics and themes, I was nonetheless a little disappointed.

“What, Sanger? You don’t enjoy our conversations?“
“They’re not conversations, they’re hostage negotiations.“

For every reason I have to despise Ethan, I’m grateful for the chance to prove my worth. To prove not that I am the best, but that I can be the best.

That said, I was definitely feeling some minor trepidation with this one, too. I was loving the competitive dynamic between the two leads but, not unlike in another romance (though, that one was adult, not YA), I worried it was just a little too much to come back from. Too often toeing over that line where the bickering and banter becomes too harsh, the back and forth too toxic, the overall relationship too problematic. But not only did the characters have dialogue about those moments but how it all unfolded ended up working just right.

I’m surprised this many people want to celebrate his birth. I would rather commemorate it the way one would a natural disaster or other unfortunate occurence — somber social media posts, vows to stay strong on this dark day.

This particular match-up was also so much more than I expected it to be, in regards to motivations and self-awareness. I’ve definitely appreciated how these two authors have explored the strangeness of post-highschool life, and what that looks like, what it has to be, both on personal and romantic levels, and I liked how they worked through it via a new angle with these two characters; and even with those within their friendships and families.

Even when you think you’ve found your story, you might need to change it later if the one you’ve living doesn’t work.

Overall it was just.. fun. The tension, the combativeness, the mixed feelings when one would deviate from the expected, and how that looks going into their future. I would definitely recommend this one. Obviously.