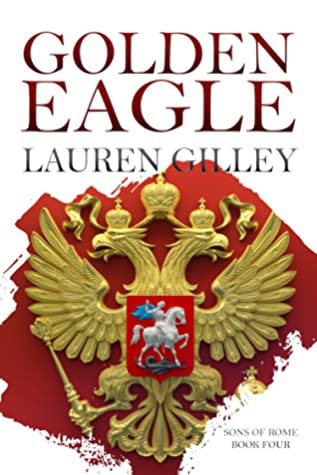 In 1942, Chekist Captain Nikita Baskin led his elite group of Soviet Secret Police into the wilds of Siberia on a mission to retrieve a “volunteer.”

Sasha Kashnikov, Tomsk University student and trapper’s son, became a werewolf, an intended weapon against the Nazis. But in truth, he was meant to be the Familiar of the vampire Rasputin.

In a clearing north of Stalingrad, amid blood-stained snow, Rasputin died, the pack burned, and Nikita and Sasha set off toward eternity together, bound by tragedy, and trust, and a tenderness neither would name.

In modern day New York, their pack of two has grown to include two detectives, an artist, and the former tsarevich of Russia. And after what occurred in Virginia, Nikita and Sasha have reached a breaking point. Sasha, an unusually strong alpha wolf, remains unbound, and the forces on all sides of the looming war will want a chance to claim him – to make him a weapon again.

All Nik has ever wanted to do was protect his precious Sashka.

And all Sasha wants is to be more than a friend and little brother to the man – the vampire – he loves most.

It may have been my own fault for reading books three and four back-to-back, after having put some space between the first three, but this is easily my least favourite of the series. Nothing awful, and certainly not worth giving up on, nor even a reason to not consider the series if you haven’t yet, but.. not my favourite.

In complete contrast to book three, in Golden Eagle we spend all our time in present day and reunite with.. well, pretty much everyone we’ve met across this series. We also got some payoff I was hoping for as far back as book one. But it left me with some pretty mixed feelings because I felt a lot of the characters, or maybe just moments, felt so out of character. Which was frustrating because there are so many characters in this world in general and many that I can pretty definitively say I do not like — or only tolerate. So to be stuck with everyone and to have the ones I do love.. feel strange? Mixed bag.

This was the most romance heavy of the series which I definitely would’ve loved had my precious beans felt a little more like themselves but it wasn’t all bad. Some moments? Pure swoon, pure loveliness, pure steam. But it does give the reader a bit of whiplash going from very different tones in each book. It keeps it interesting, that’s for sure, particularly considering the wordcount. Just something to keep in mind, though.

That said, even with the few typos or missed punctuation marks, something I noticed started to occur in book three and we had a few more of them in this book, considering the aforementioned wordcount, considering all the history and reference points, everything that goes into this, and what the author is listing them for on amazon? Ridiculous. A steal. There is definitely a lot of good in this world, in these books, and I’m keen to still read on — but now that I’ve caught up I am in for a wait as who knows when book five is due to come out! Shucks.