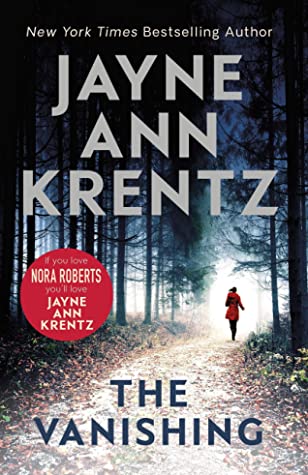 Decades ago in the small town of Fogg Lake, The Incident occurred: an explosion in the cave system that released unknown gases. The residents slept for two days. When they woke up they discovered that things had changed-they had changed. Some started having visions. Others heard ominous voices. And then, scientists from a mysterious government agency arrived. Determined not to become research subjects of strange experiments, the residents of Fogg Lake blamed their “hallucinations” on food poisoning, and the story worked. But now it has become apparent that the eerie effects of The Incident are showing up in the descendants of Fogg Lake…

Catalina Lark and Olivia LeClair, best friends and co-owners of an investigation firm in Seattle, use what they call their “other sight” to help solve cases. When Olivia suddenly vanishes one night, Cat frantically begins the search for her friend. No one takes the disappearance seriously except Slater Arganbright, an agent from a shadowy organization known only as the Foundation, who shows up at her firm with a cryptic warning.

A ruthless killer is hunting the only witnesses to a murder that occurred in the Fogg Lake caves fifteen years ago-Catalina and Olivia. And someone intends to make both women vanish.

A very readable suspense/thriller with a romance that wasn’t overly convincing but it wasn’t the main stage at all, so it didn’t spoil the show. Set around a town called Fogg Lake, known for its strange folks, this story was shrouded in mystery as well as fog.

The story started with great traction, in the city and two private investigators who were ex-Fogg Lake residents. The whole legacy of that small town was interesting and in some ways, I wanted a bit more about the town and less about the caves and lab. Maybe some of that is going to come later in the series.

Catalina was on the hunt for her kidnapped partner and someone was sent from ‘The Foundation’ to assist. Some of the secret world underpinnig the psychics took a bit of getting hold of but I got there. Slater from who arrived to assist, quickly became relationship potential but I didn’t feel the connection or the speed of their romance but I did like them both as characters.

The killer on the loose was the usual suspenseful reading and overall a solid, enjoyable experience. Jayne Ann Krentz is easy to read, reliable and I’ll definitely indulge in more from this series.

2 thoughts on “THE VANISHING by Jayne Ann Krentz”