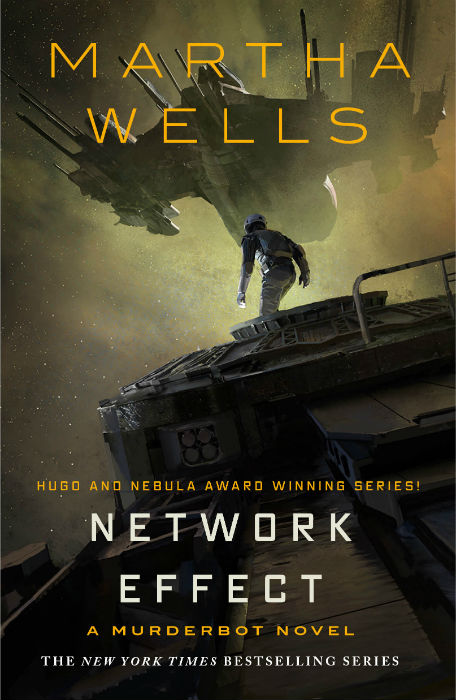 You know that feeling when you’re at work, and you’ve had enough of people, and then the boss walks in with yet another job that needs to be done right this second or the world will end, but all you want to do is go home and binge your favorite shows? And you’re a sentient murder machine programmed for destruction? Congratulations, you’re Murderbot.

Come for the pew-pew space battles, stay for the most relatable A.I. you’ll read this century.
—
I’m usually alone in my head, and that’s where 90 plus percent of my problems are.

When Murderbot’s human associates (not friends, never friends) are captured and another not-friend from its past requires urgent assistance, Murderbot must choose between inertia and drastic action.

Drastic action it is, then.

So naturally when given a full length (!) Murderbot story which heavily featured ART? Well, it’s no surprise I loved this.

“Do you have to call it a relationship?“
“You don’t like the word ‘friendship’. What else is there?“
“Mutual administrative assistance?“

This series has heavily benefited from this full length story, not just because of the aforementioned snark and hilarity, but all the layers of Wells’ writing and cleverness is just so much more fleshed out. I think, too, this particular stage in Murderbot’s story was just really compelling to begin with. And I hope we get more full length installments moving forward because.. reasons.

“You look angry.”
“That’s just something my face does sometimes.“

If you didn’t think your life was missing a not-human but not-quite-fully-a-construct who once was considered disposable security, and is now mostly autonomous, and loves to watch soap operas and be anti-social, while also multitasking to save humans it mostly likes, and who also has a complicated relationship (or, in Murderbot’s words, what, ew, no) with a research ship, I’m here to tell you.. it is. You are. As in, you are missing out. This won’t be for everyone, I know that, but if this sounds even remotely appealing, it’s worth pushing through some of the installments that you may not totally love (as in, I’m basing this off my own experience of books one, three, and four, being three star, and two being a four), because this one? So much love.

October “Toby” Daye is finally doing all right—and that inevitably means it’s time for things to take a turn for the worse. Someone has kidnapped the sons of the Duchess Dianda Lorden, regent of the Undersea Duchy of Saltmist. To prevent a war between land and sea, Toby must not only find the missing boys, but also prove that the Queen of the Mists was not behind their abduction. She’ll need all her tricks and the help of her allies if she wants to make it through this in one piece.

Toby’s search will take her from the streets of San Francisco to the lands beneath the waves. But someone is determined to stop her—and whoever it is isn’t playing by Oberon’s Laws. As the battle grows more and more personal, one thing is chillingly clear. When Faerie goes to war, not everyone will walk away.

What I find interesting about this installment is that while I was still mostly bored in the lead-up to the climax, I wasn’t annoyed about as many things as I usually am. Either I’m being innoculated to this world or it really wasn’t as frustrating as the books that came before or a bit of a break did a world of good. Also, what I was warned would annoy me.. didn’t. At least not much. Mostly because I was resigned to it but, also, all the spouting off of randomness and foreshadowing.. well, foreshadowed the end.

How’s that for vague?

It’s going to be harder and harder to review these books the further I go into this series, this being five of a current thirteen (twenty, fifty, who knows how many in the end). So, suffice it to say I wasn’t delighted by the romance because it wasn’t what I know to be endgame and therefore wasn’t my preference. However, that said, my choice of pairing is going to have a lot of explaining to do as there’s been some build-up that implies certain things and I have questions. But it seems I’m the only one who does because once again with all this new information and hinting floating around, October makes a token effort to look confused, complain about the vaguery, like one time, then move on. Also, again, I have to wonder at the attitudes of so many of the characters in this world. Pretty much everyone outside of the main circle sucks and even those within sometimes just.. choose poorly? Expect so much? It’s constantly confusing and annoying and exhausting.

All that to say it’s the same stuff I’ve been bitching about the entire time I’ve been reading these books.

I think I’m definitely getting a little fae’d out, this world is very one note, however that did get a bit of a mixup in this installment as we visited a different kind of fae scenery. But still. There’s definitely something to be said for a not-just-one-kind-of-paranormal in an urban fantasy series; particularly one of this length.

I have a little more enthusiasm going into book six, doubly so as I’ve been told I might get me some feels, though overall I wouldn’t say I’m excited, but I do still have a bit of hope that I’ll come out the other side of all this loving these books. Maybe it’s just one hell of a slow burn. Maybe I’m just a stubborn delusional idiot. Only time will tell.

October “Toby” Daye, changeling knight in the service of Duke Sylvester Torquill, finds the delicate balance of her life shattered when she learns that an old friend is in dire trouble. Lily, Lady of the Tea Gardens, has been struck down by a mysterious, seemingly impossible illness, leaving her fiefdom undefended. Struggling to find a way to save Lily and her subjects, Toby must confront her own past as an enemy she thought was gone forever raises her head once more: Oleander de Merelands, one of the two people responsible for her fourteen-year exile.

Time is growing short and the stakes are getting higher, for the Queen of the Mists has her own agenda. With everything on the line, Toby will have to take the ultimate risk to save herself and the people she loves most—because if she can’t find the missing pieces of the puzzle in time, Toby will be forced to make the one choice she never thought she’d have to face again…

Welp, I’m sort’ve resigning myself to not loving this series at this point. This one failed to entertain, and in fact it just dialed up all my frustrations to eleven, but we also took a bit of turn in direction for some things. So while I am taking a break from this series, for the moment (and maybe to lessen some the strength and immediacy of some of my frustrations), I am at least somewhat curious about the next chapter, as it were.

I mentioned this in my review for book one, and also chatted about it with my buddies (sorrrrry), but the ‘blame October for literally everything’ was once again strong in this one. The strongest it’s ever been. And I just can’t with that. There is nothing worse than a one-note villain that makes no attempt to be sane, or rational, and when you get three or four of them in one book? I want to throw myself into traffic.

I also have a bad feeling any inroads we were making on the ship of my choice RE the romance may just be about to take a wrong turn because of.. events. I’m not surprised, because we’re dragging this out apparently, but I imagine I’ll be less than happy with that.

So, yes, I don’t know. There are elements of this series that should be great but there’s just so much being kept hidden, and even when a character goes spouting off about new information, even if it’s vague, October just shrugs and lets the subject get changed. And considering the big reveals in this one? I want to smack her upside the head. She’s not made to be a smart heroine and I do not understand why. It makes it hard to root for her.

But I will read on. I just need a vacation from this world. 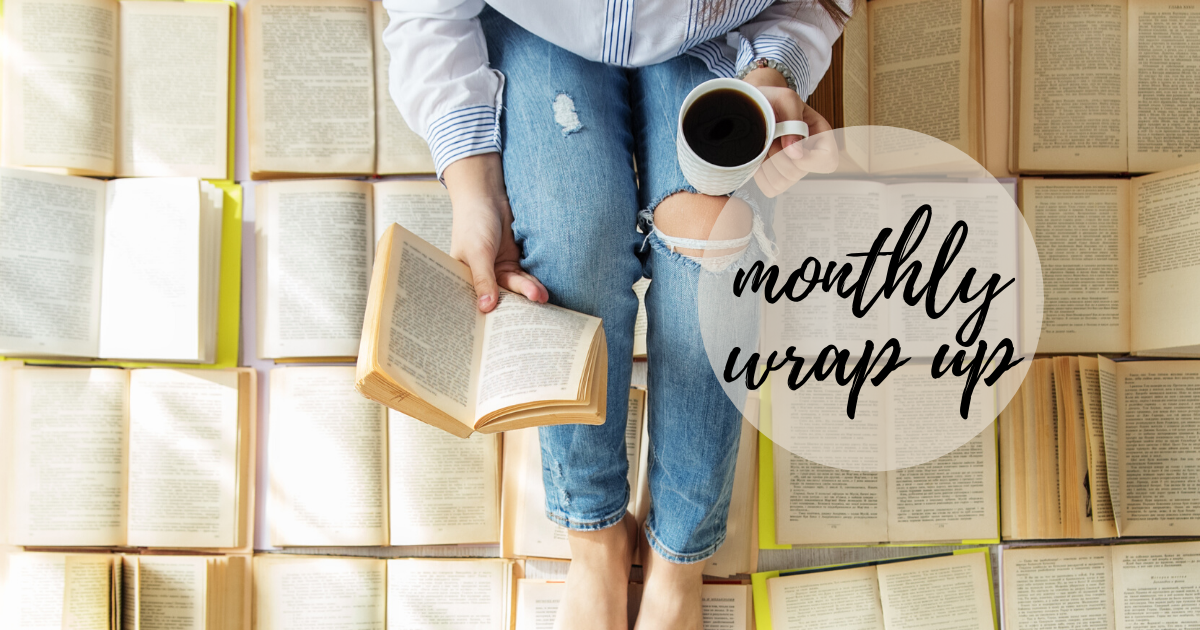 To close out each month, we’ll be posting a break down of everything we reviewed, beginning with the reads we loved.. and ending with the reads we didn’t. Not only does this compile all our reviews in one handy summary for you to peruse, or catch up on, it also gives us an interesting birds eye view of the month and our reads. And maybe, even, our moods.