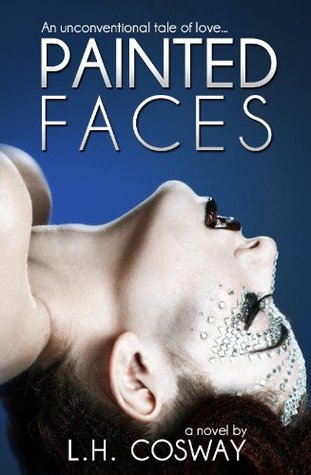 Come forth with an open mind, for an unconventional tale of love..

Dublin native Freda Wilson considers herself to be an acquired taste. She has a habit of making offensive jokes and speaking her mind too often. She doesn’t have the best track record with first impressions, which is why she gets a surprise when her new neighbour Nicholas takes a shine to her.

Nicholas is darkly handsome, funny and magnetic, and Freda feels like her black and white existence is plunged into a rainbow of colour when she’s around him. When he walks into a room he lights it up, with his quick wit and charisma. He is a travelling cabaret performer, but Freda doesn’t know exactly what that entails until the curtains pull back on his opening night.

She is gob-smacked and entirely intrigued to see him take to the stage in drag. Later on, Nicholas asks her if she would like to become his show assistant. Excited by the idea, she jumps at the chance. Soon she finds herself immersed in a world of wigs, make-up and high heels, surrounded by pretty men and the temptation of falling for her incredibly beautiful employer.

In this story of passion and sexual discovery, Nicholas and Freda will contend with jealousy, emotional highs and lows, and the kind of love that only comes around once in a lifetime.

Wholly delightful, PAINTED FACES was that elusive treasure hiding down in the depths of my kindle, just waiting for me to catch it’s eye. I don’t know what made me pick it up but I am so glad I did and I really wish I’d read it sooner. I really think this is a special, fresh and unique story. It was released in 2012 but nothing about it feels dated as a contemporary read.

Told in the backdrop of city centre Dublin, Nicholas is a new resident to Ireland and next door neighbour to Fred (Freda). Freda was a most quirky character, brusque and difficult at times but a loyal friend to those around her. Nicholas took to Freda immediately and their working relationship was incredibly fun with star-bolts of chemistry shooting. These two burnt for one another but everything them was laden with insecurity.

Nicholas is one of the most unique characters I’ve ever read about, his persona and his real character were both poles apart and complimentary at the same time. I loved him, he appealed to me and his sexual cheekiness was something else. The banter between Freda and Nicholas was divine.

The description in this book of characters, clubs, people, costumes created such a colourful picture in my imagination, that the world was brought to life.

I want to tell everyone about this book and what I’m getting are pitiful looks, ‘yeah love, I read this about 7 years ago, you’re a bit late‘. If for some reason like me this one got buried, rectify your mistake immediately, you won’t regret it. Sometimes the backlog is a treasure chest.