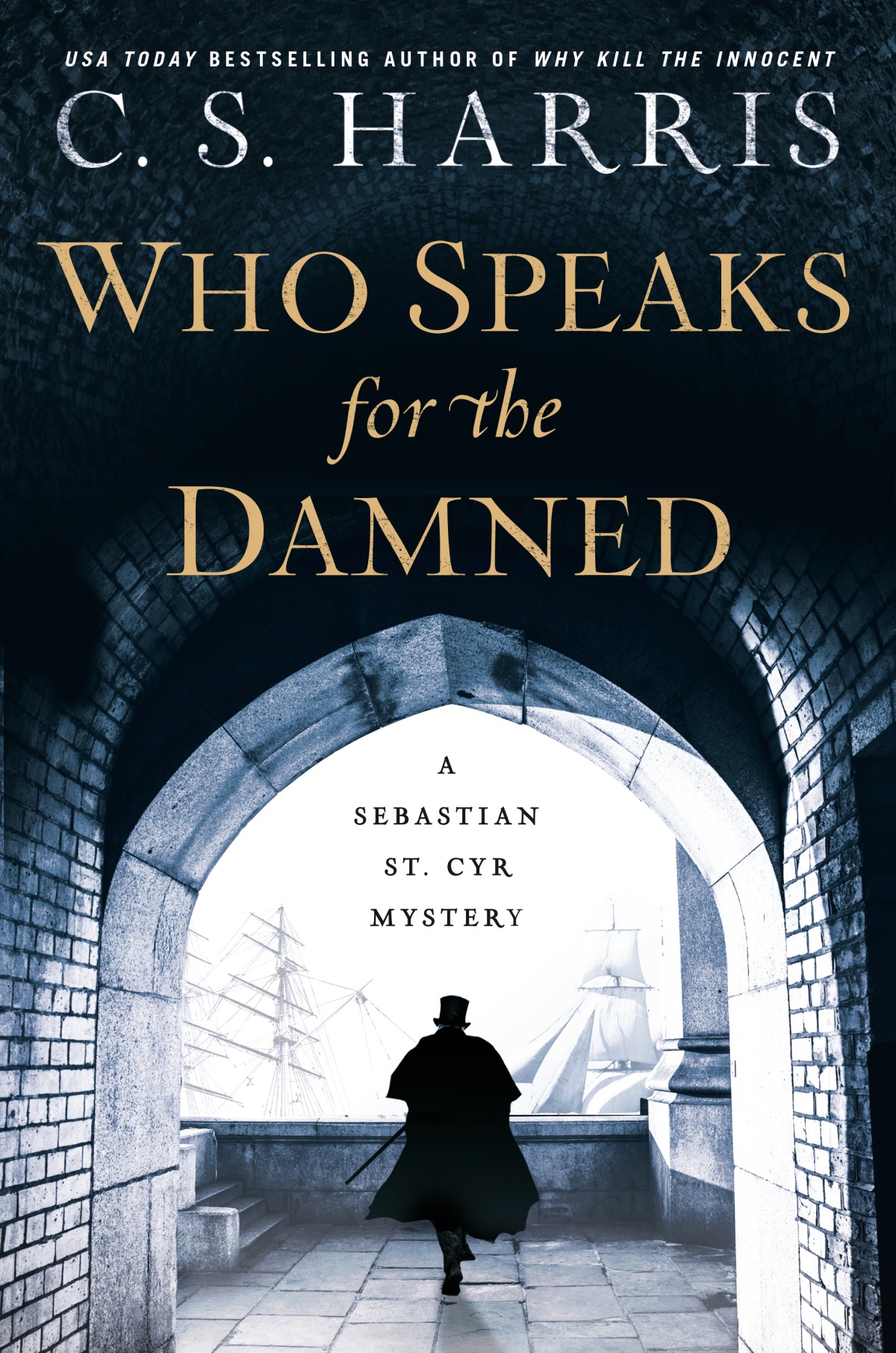 It’s June 1814, and the royal families of Austria, Russia, and the German states have gathered in London at the Prince Regent’s invitation to celebrate the defeat of Napoléon and the restoration of monarchical control throughout Europe. But the festive atmosphere is marred one warm summer evening by the brutal murder of a disgraced British nobleman long thought dead.

Eighteen years before, Nicholas Hayes, the third son of the late Earl of Seaford, was accused of killing a beautiful young French émigré and transported to Botany Bay for life. Even before his conviction, Hayes had been disowned by his father. Few in London were surprised when they heard the ne’er-do-well had died in New South Wales in 1799. But those reports were obviously wrong. Recently Hayes returned to London with a mysterious young boy in tow–a child who vanishes shortly after Nicholas’s body is discovered.

Sebastian St. Cyr, Viscount Devlin, is drawn into the investigation by his valet, Jules Calhoun. With Calhoun’s help, Sebastian begins to piece together the shattered life of the late Earl’s ill-fated youngest son. Why did Nicholas risk his life and freedom by returning to England? And why did he bring the now-missing young boy with him? Several nervous Londoners had reason to fear that Nicholas Hayes had returned to kill them. One of them might have decided to kill him first.

I am late to this series, having wanted to read it for years but only actually getting around to it back in December, but after fifteen books, no matter how recent a fan, you have to wonder : how long will it go on?

This installment definitely felt episodic in the sense that this was removed from what I sort’ve expected to see come to light by now. Events I can’t hint at or speak of due to s p o i l e r s. Instead this was just another vaguely run of the mill murder mystery that Sebastian involves himself in, much to the dismay of almost everyone around him, and as a result a lot of other people die in the midst of trying to cover something up from long ago, now come back to haunt them, and which is forced out into the open because they tried to cover it up.. again.

The one positive I can say (well, okay, that sounds terrible, this book wasn’t bad, but..) is that some of that copy and paste feeling I had reading these books, particularly when dealing with a certain character, wasn’t present this time. Some of the laziness was absent from this fifteenth book and that made everything feel much less rote, which I appreciated. Again, I just wonder, how long can things continue? I have nothing against a long series but only when the new books offer something worthwhile or fresh for the characters; that’s why we read these. Not for the plot or villain of the week but for progress.

There did seem to be some nostalgia and hearkening back to book one in this installment, some what-if and it-could’ve-been-me which did allow for some perspective on Sebastian’s part but I think we had already worked through most of that, so why was it important to rehash?

If you missed these characters, I think you’ll be satisfied by the new book. If you expected that long-awaited drama to bubble up and dealt with head-on, you might be disappointed. But either way I think you’ll enjoy sinking into a familiar world considering the world outside is looking mighty strange right now. This will be comforting in that respect but a new favourite? I wouldn’t expect so.