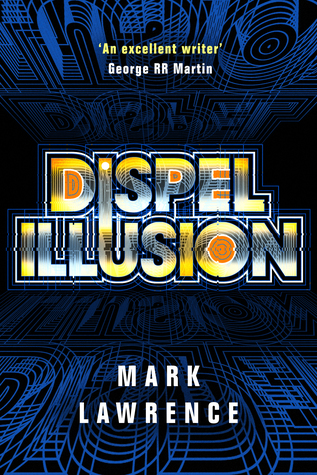 Sometimes being wrong is the right answer.

Nick Hayes’s genius is in wringing out the universe’s secrets. It’s a talent that’s allowed him to carve paths through time. But the worst part is that he knows how his story will end. He’s seen it with his own eyes. And every year that passes, every breakthrough he makes, brings him a step closer. Mia’s accident is waiting for them both in 2011. If it happens then he’s out of choices.

Then a chance 1992 discovery reveals that this seeker of truth has been lying to himself. But why? It’s a question that haunts him for years. A straw he clings to as his long-awaited fate draws near.

Time travel turns out not to be the biggest problem Nick has to work on. He needs to find out how he can stay on his path but change the destination. Failure has never been an option, and neither has survival. But Nick’s hoping to roll the dice one more time. And this new truth begins with a lie.

This series has been a wild ride of weirdness, geekiness, violence, and wtf’ery. That last mostly in the sense of “I have no idea what’s happening, I’m so dumb, this book is hella smart, why am I reading this.” But this final installment?

Not only is this my favourite of the set, it also wraps everything so.. perfectly. The cleverness of the author, of bringing all these convoluted strands of time, events, people, and more, together, is just unreal. Again, I stumbled my way through the first two, but this one — even though, again, my brain couldn’t keep up sometimes — actually made sense. It worked. And it worked because of everything that came before.

This is definitely a series I recommend that you binge but, if not, Lawrence was kind enough to include a “previously, on..” at the beginning of this third novella. I won’t say it helped to make things any clearer than it felt to actually read said previous books but it got me upto speed on some of the finer details I’ve forgotten since finishing book two. Which, again, meant I was still the tortoise in this hare race. But this time it was way more enjoyable overall.

But, yeah, this isn’t a series I would necessarily recommend because, again, complicated, and weird, and nerdy, but if you like time travel, if you like characters that play D&D, if you enjoy twisty turny, timey wimey, and aren’t afraid of being confused (or maybe you’re smarter than the average duck), you should give these a try. For all that your brain needs to invest a bit in the details, you aren’t really investing your time (hahahah I didn’t do that on purpose) because these novellas aren’t long. But a lot does happen. So, figure that one out.

Once again, this has cemented my need to read more from this author — something I haven’t done since finishing the last installment of this book, whoops — and I can’t wait to explore his epic fantasy series’.

** I received a finished copy from the publisher (thank you!) in exchange for an honest review. **