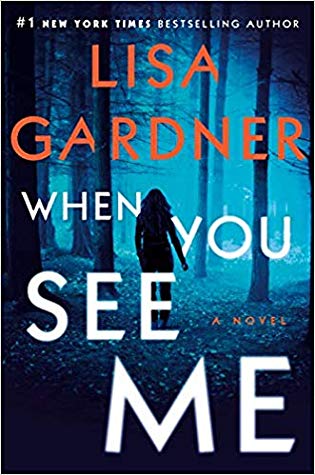 Bestselling author Lisa Gardner unites three of her most loved characters -Detective D.D. Warren, Flora Dane, and Kimberly Quincy – in a twisty new thriller, as they investigate a mysterious murder from the past that points to a dangerous and chilling present-day crime.

FBI Special Agent Kimberly Quincy and Sergeant Detective DD Warren have built a task force to follow the digital bread crumbs left behind by deceased serial kidnapper Jacob Ness. And when a disturbing piece of evidence comes to light, they decide to bring in Flora Dane who has personal experience of being imprisoned by Ness.

Their investigations take them to a small town deep in the hills of Georgia where something seems to be deeply wrong.

What at first seems like a Gothic eeriness soon hardens into something much more sinister as they discover that for all the evil Jacob committed while alive, his worst secret is still to be revealed.

Quincy and DD must summon their considerable skills and experience to crack the most disturbing case of their careers – and Flora must face her own past directly in the hope of saving others.

I’m writing this review before my review for book ten of this series has even gone live on the blog. In that other post, I was effusive and bubbly after rediscovering my love for this series, as the installments before had been good, but not great. Well, we’ve returned to the good. But that’s not a bad thing.

Book eleven feels like almost a direct continuation of the story in book ten. We have DD, Kimberly, and Flora all partnered up, along with Keith, a civilian crime enthusiast, expert in his own way, and on their way to Georgia when it appears they may have found one of the first of Jacob Ness’ victims. However, things are not quite what they appeared.. and yet also more.

I’ll admit the victim-ish POV story wasn’t really doing much for me. I felt something but not enough to really keep me totally focused, and interested, in what appeared to be a subplot to the main event. Except.. things shifted around the 40% mark and that’s when a) things took off and b) things got interesting. But overall there were definitely chapters where I just wasn’t as dialed in as I was in the book before it.

This feels like a huge turning point for Flora, not quite closure but the most she’ll probably ever have, and the way Gardner pivoted that moment into something bigger, connecting to the discovery in book ten, was well done. Again, big picture wise, this was huge for the series and for this trio of women, Flora in particular. And while the conspiracy that’s discovered is kind of mind boggling, and crazy clever, overall I just wasn’t super into it.

With the way things have resolved, I’ll be curious to see how much page time we get from Flora and Kimberly in future books. Because we also have a new element introduced to DD’s life, one I’m both super soft about and also a wee bit perplexed, but hey. I’m still very curious as to what comes next.