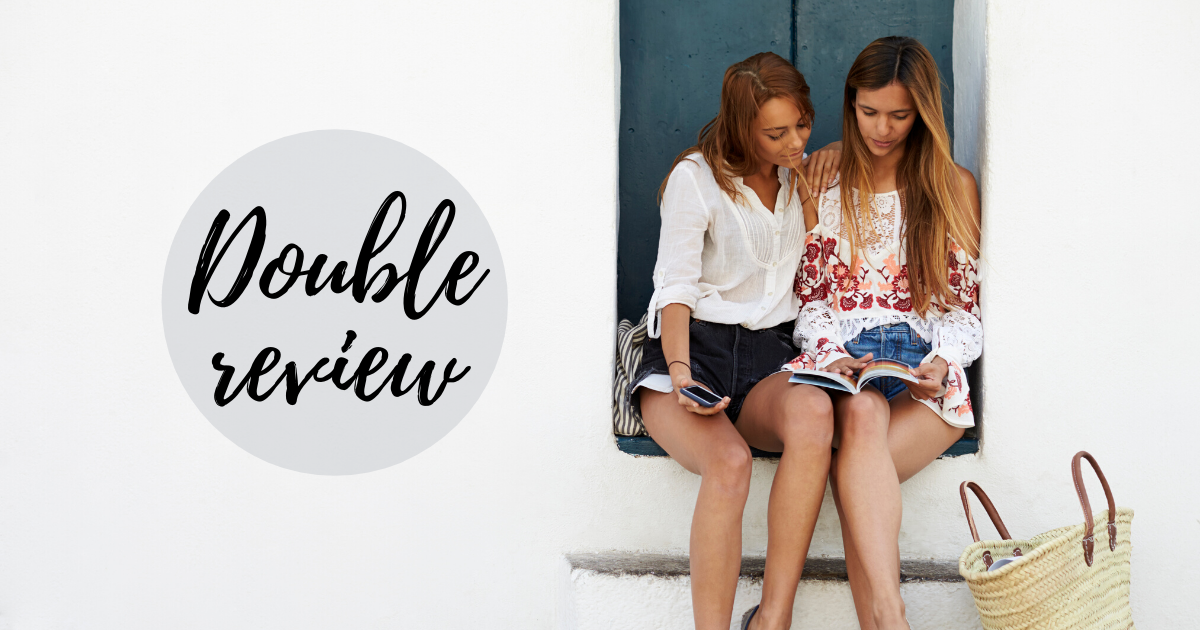 Rosie and Dominic Vega are the perfect couple: high school sweethearts, best friends, madly in love. Well, they used to be anyway. Now Rosie’s lucky to get a caveman grunt from the ex-soldier every time she walks in the door. Dom is faithful and a great provider, but the man she fell in love with ten years ago is nowhere to be found. When her girlfriends encourage Rosie to demand more out of life and pursue her dream of opening a restaurant, she decides to demand more out of love, too. Three words: marriage boot camp.

Never in a million years did Rosie believe her stoic, too-manly-to-emote husband would actually agree to relationship rehab with a weed-smoking hippy. Dom talking about feelings? Sitting on pillows? Communing with nature? Learning love languages? Nope. But to her surprise, he’s all in, and it forces her to admit her own role in their cracked foundation. As they complete one ridiculous—yet surprisingly helpful—assignment after another, their remodeled relationship gets stronger than ever. Except just as they’re getting back on track, Rosie discovers Dom has a secret… and it could demolish everything.

After reading FIX HER UP, I knew I wanted to read on in this series, even though the only thing that saved that first book for me was Georgie. Oh, and her friend group. I’ve had a rocky reading experience with Bailey, not going to lie. However, knowing book two would be about a pre-existing couple trying to save their marriage? I was hooked on the potential for angst but I did worry a bit as second chance romances aren’t always my jam.

But wow did this work.

This was such a slower burn for the sexytimes compared to book one, even stranger considering there’s not only a relationship but a marriage already existing, but it actually worked so damn well. I think this choice actually is what saved this book. Honestly, I can’t really think of anything I didn’t love?

“Look, if you two assholes wouldn’t mind? I’d like to go knock some walls down.”
“What you should have done is knocked your own walls down and let her in—“
“Oh, for fucks sake. You’ve been in a relationship for one minute and you think you’re an expert?“
“Yes.”

The hero, Dom, was alpha-y but nowhere near the extremes we’ve seen. He was very deliberately the way he was and it was explained; he was a doer, not a shower, not a talker, and he’d learned to be that way. Sure, sometimes this got a bit repetitive but honestly it just reinforced how much this was the way he thought things should be. Despite the fact that it contributed to his marriage.. not failing but almost breaking.

Every day, going through the motions and being so angry at him. How could she not have realized she was doing the exact same thing?

As for Rosie, she was just wonderful. Honestly. She wasn’t without her own epiphanies about her relationship, as nor was she faultless in the breakdown of life as she knew it, and I loved that. These two loved each other so hard but along the way life happened, insecurities festered, and boom, there it is. The journey back felt so genuine, organic, and not without frustrations. It felt real.

As for the sexies, well. The build up was great, the climax of it all was hot, and actually my only complaint is that while “honey girl” was far from as offensive as “baby girl”, I still could’ve had less of it. But that’s a personal choice, I guess. Additionally, this book got me right in the feels more than once and I can’t even blame my period for it, so. It’s pretty much the whole package.

There’s a brilliant set up for the third (final?) book and I’m excited for it. This time it looks to be a younger and single dad trope matched up with something of a hate to love or opposites attract and heyyooo just call me weak but I want it.

LOVE HER OR LOSE HER delivered on that bit more that I wanted from FIX HER UP but stayed in this small world of characters that I am beginning to get rather attached to. I was incredibly excited about Rosie and Dominic’s story because I love stories about married couples. This was a great example of a story with that trope.

The story started with an almighty crumble in Rosie and Dominic’s marriage. It was difficult to observe and my heart ached for them both. It was also an interesting context for marriage difficulties, a communication breakdown over time and I think that’s probably a common issue. It was written tangibly and with such heart and feeling.

The character growth in this story is full. It seemed like Dominic was the difficult party to the marriage demise but they both had some realisations, courtesty of their rather hilarious marriage therapist. The passion between these two was fiery and my kindle sometimes steamed of its own accord and passion was all these two were left with.

I loved the fun injected into this read that had such serious and heart breaking undertones. The balance between comedy and renovating this marriage was pretty perfect. It was mostly the side characters providing the comedy elements and I thoroughly enjoyed bits of Travis and Georgie from book one, but I am especially a fan of Bethany and I can’t wait for her book.

LOVE HER OR LOSE HER was a book with the feels, I didn’t cry until I read the last page and went gooey with happiness. I loved how involved I got with this couple and I especially loved not having ‘baby girl’ as the nickname in this one, I could live with ‘honey girl’ a little easier. This series is turning out to be a great one to invest in and I recommend the first two books.

Thank you to the publisher and Edelweiss for the early review copy.